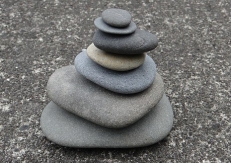 what role they played. While I’d planned them in using the DIY MFA character archetypes, that was in 2014, and here I am in 2018, editing again. Many revisions later, I was curious if the characters were still true to form. I’m usually good about keeping my notes; but couldn’t find them to compare. That’s okay, if the characters have a role that makes sense, I will have accomplished my goal.

Some background from the DIY MFA program. I know some of my readers are in book clubs, and this information will be useful when discussing books with your groups. Main characters come in several flavors – aka Archetypes: Ordinary Boy/Girl, Larger-than-life, and Misunderstood (the anti-hero).

The novel is a young-adult, underdog, fantasy about an ordinary girl, who finds herself transported through time (I call it riding the chronowave) to a pirate ship in 1720. Prior to time-traveling (or chronowaving), she is a normal high-school student, worried about a history test and annoyed by a boy who is interested in her and doesn’t get the message to leave her alone. Once she’s in 1720, she finds herself thrown into a survival situation where the odds are against her.

But this blog is about the supporting characters around her. They are: her mom, a tavern owner in 1720, three women she learns are relatives in 1720, a seaman on a submarine in 1720 and 1941, and the boy who likes her in her present time.

Supporting Characters also come in different flavors: Villain, Love Interest, BFF, Mentor, and Fool. The first four are self-explanatory. The Fool character tells it like it is. This character will be the one to keep the main character grounded in truth.  Let’s look then at my supporting cast.

Mom, the tavern owner, and the seaman on the submarine are mentors. They impart wisdom and information to my main character and to the reader. It is through them we learn how the chronowave works, and how it is that my main character finds herself on a German U-Boat in the Caribbean in 1720. Each of these characters imparts a piece of the puzzle which helps the main character navigate her adventure.

The three women are sidekicks. They embody qualities the main character wishes she had. Poise, determination, and an ability to see life clearly. They help her fight the villain and bad-guy (more on them later) and help her develop into the leader she is by the end of the story.

The boy who won’t leave her alone has two roles. First, he is the boy-next-door love interest. He’s there the whole time, but it isn’t until the adventure is complete that the main character realizes what a gem he is. Second, he is a co-conspirator. It is through the struggle to survive and his help to her throughout, that the love interest is fulfilled.

That leaves me with the bad guys. Not content with one bad guy, this story has a scheming villain who wants ultimate power and will destroy our main character hero to get his way.  It also has a more garden variety, day-to-day bad guy, who helps the villain. If you want to get all philosophical about it, the scheming villain represents forces of evil in our world today that work against the better good with an intent that they alone benefit. The day-to-day bad guy represents the apathy, greed, and lack of consideration that pervades much of the world’s society. It isn’t intentional, but in its disinterest, it results in a similar evil.

Do I have a favorite supporting character type? I don’t think so. They each fulfill a role to support the main character. If the story has intrigued you, keep an eye on this blog for news of its publication. But first I must finish editing! Reapplying nose to grindstone………

One thought on “The Role of Supporting Characters”